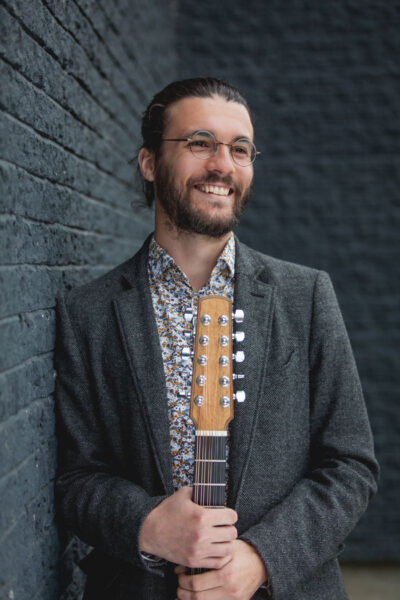 Thierry Clouette holds a bachelor’s degree in musicology from the Université de Montréal and a diploma in Irish bouzouki from the Cégep de Joliette’s traditional music program. He has been working with the trad trio É.T.É since its formation in 2015. He has performed in North America, Europe and Australia and has worked on several occasions as musical director for folk dance ensembles at international events.

Thierry has also collaborated over the year as an album producer and sound engineer for various traditional music groups from Quebec. As a multi-instrumentalist, his varied influences are also reflected in the many projects in which he participates both in front of the microphone and behind the console, notably with his progressive folk-trad project, Saligaude. He joined the Tradnation Collective in 2021.